As part of the Building Better Regions fund, The Events Centre in Caloundra was granted a $6 million redevelopment which involved a striking new entry including a porte cochere and internal works to the foyer, bar and cafe, kitchen, main theatre and major HVAC works. The success of this project lies in the balance of the proposed design with the existing fabric. Our approach celebrates the existing 1980’s Art-Deco inspired structure and materiality while meeting the client’s ‘Centre by the Sea’ theme.

The facade along Minchinton Street has been completely revitalised with a new porte cochere, covered deck and covered link. These curvaceous forms pay respect to the existing structure while also meeting the client’s brief. The design captures elements of Caloundra and the wider Sunshine Coast region through the use of material, form and subtle articulation. Timber extrusions extend beyond the structure in an intentional pattern to reference the Glasshouse Mountains of Sunshine Coast’s hinterland while emphasising the client’s desire for a wave structure. Timber materiality references the Caloundra boardwalk at it’s local Bulcock Beach which is also the highlighting material within the Main Theatre. 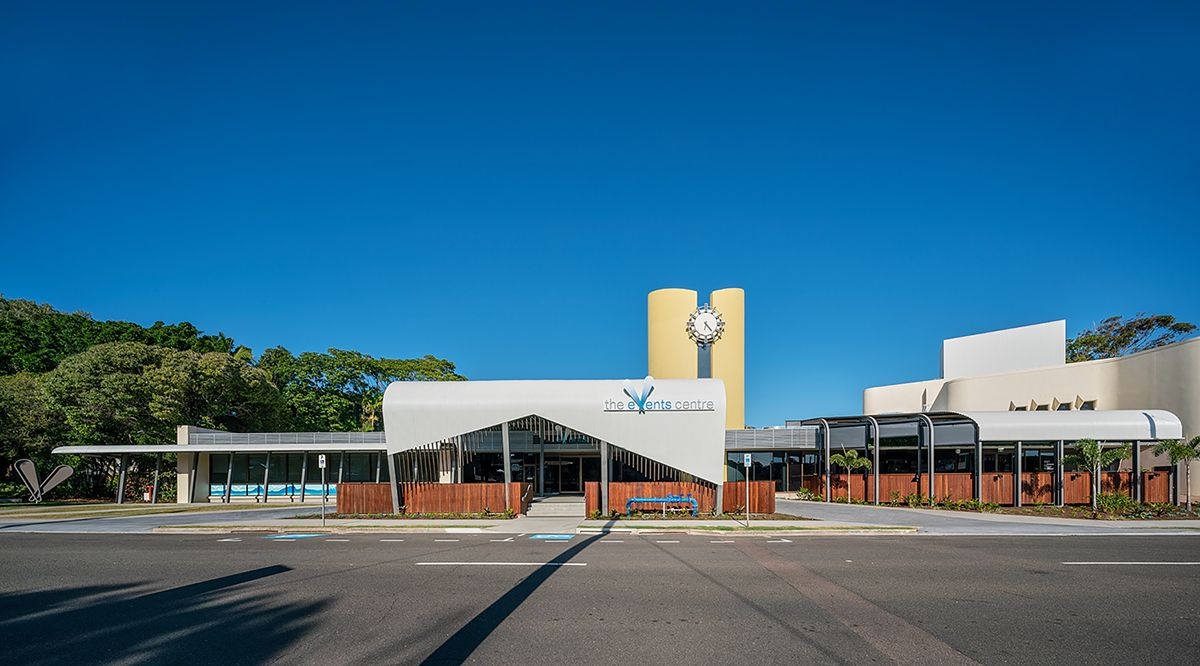 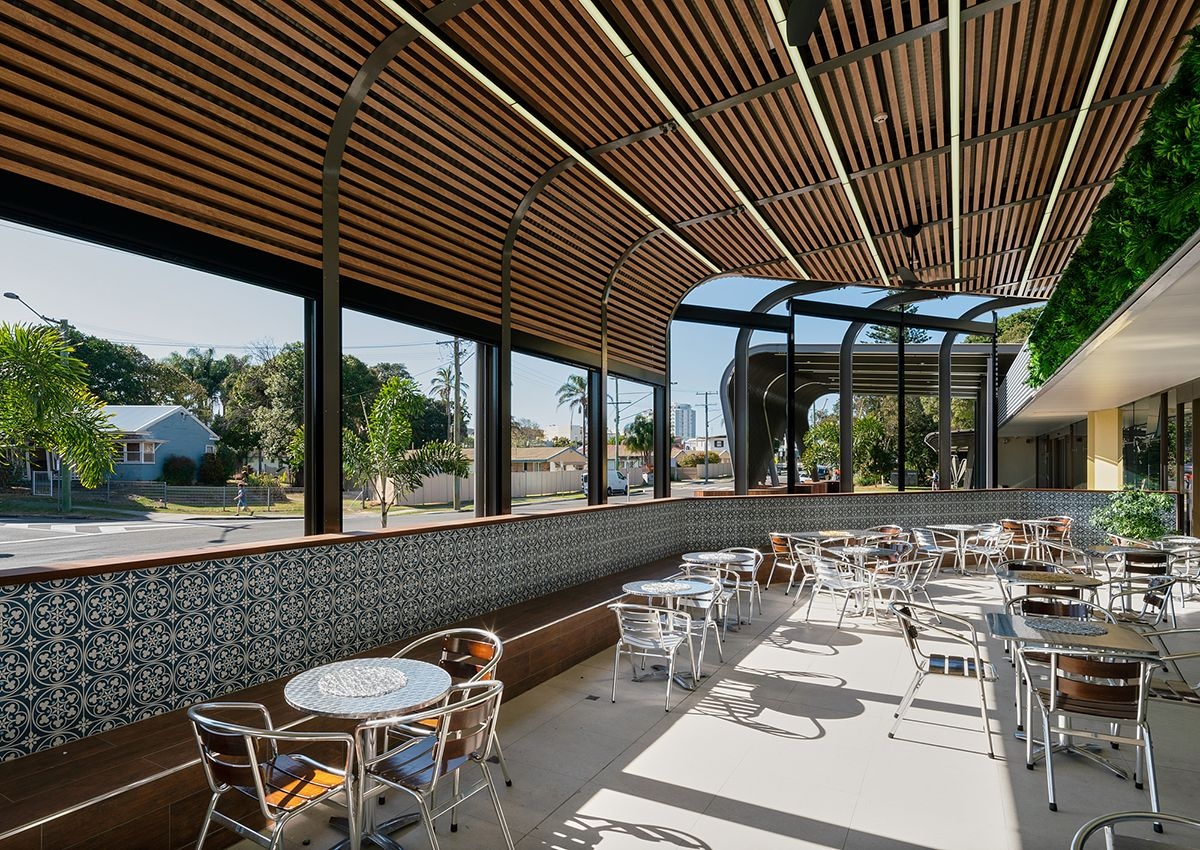 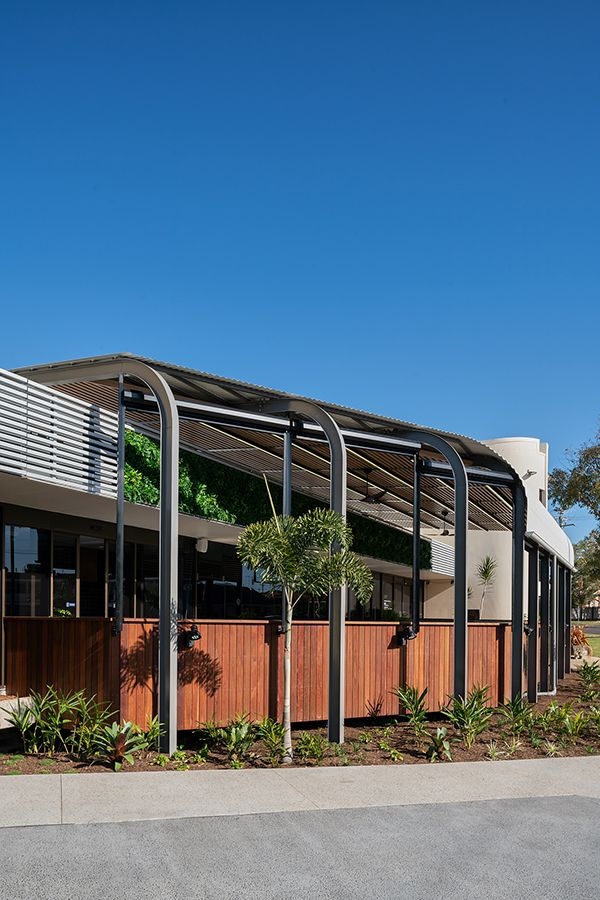 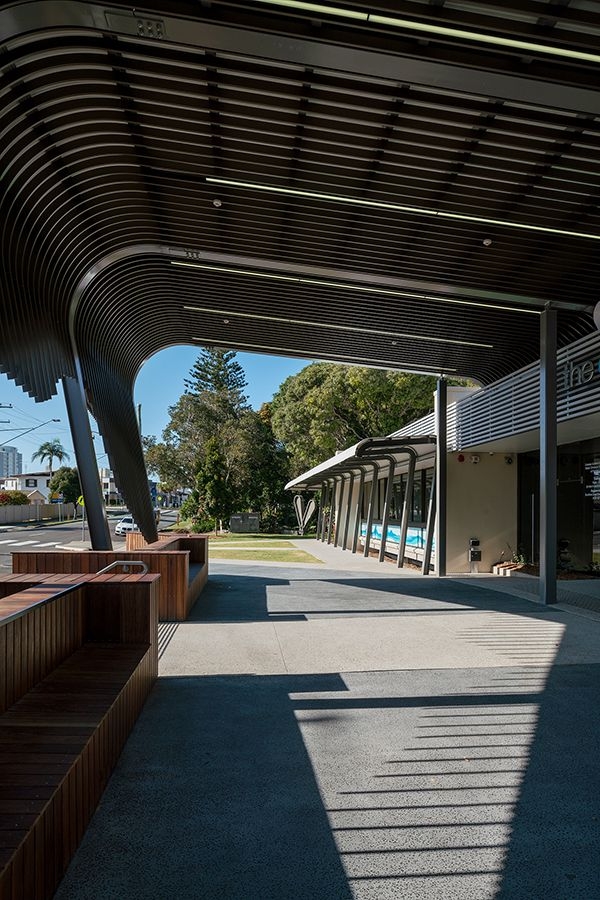 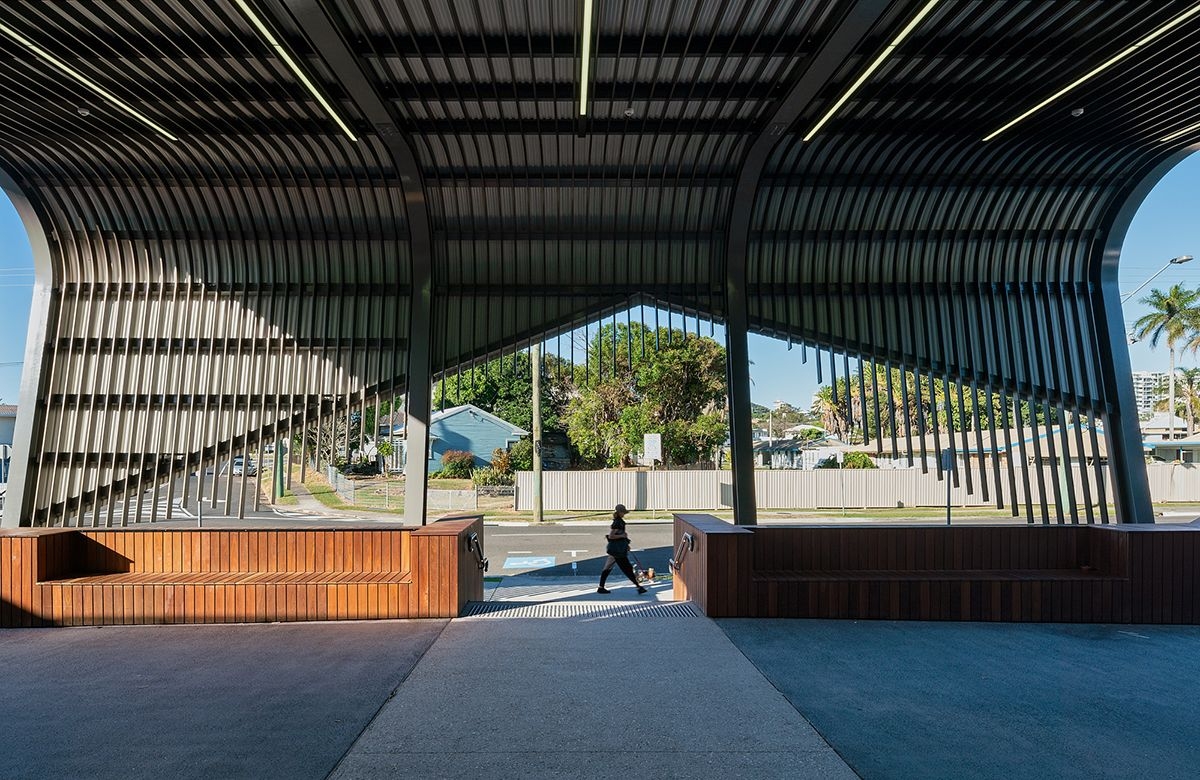 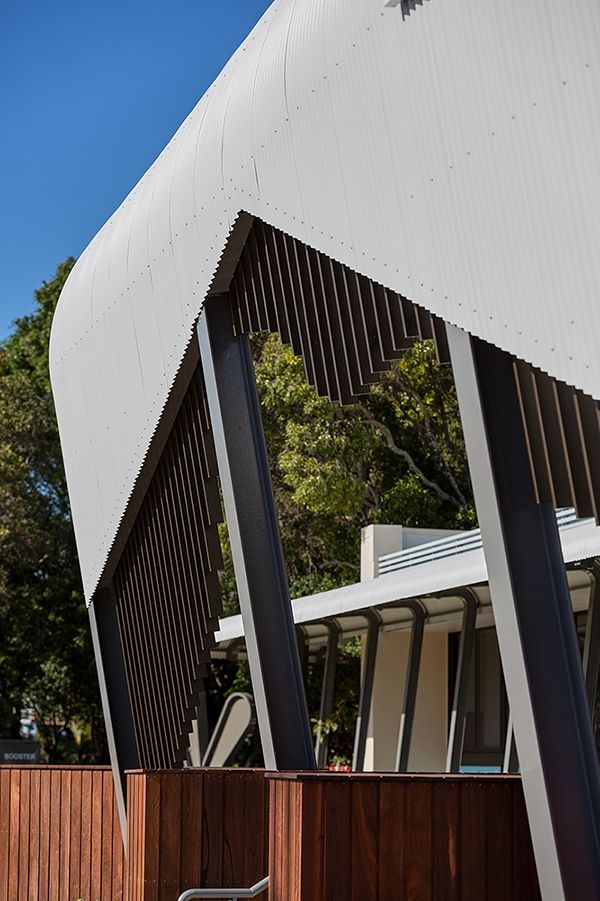 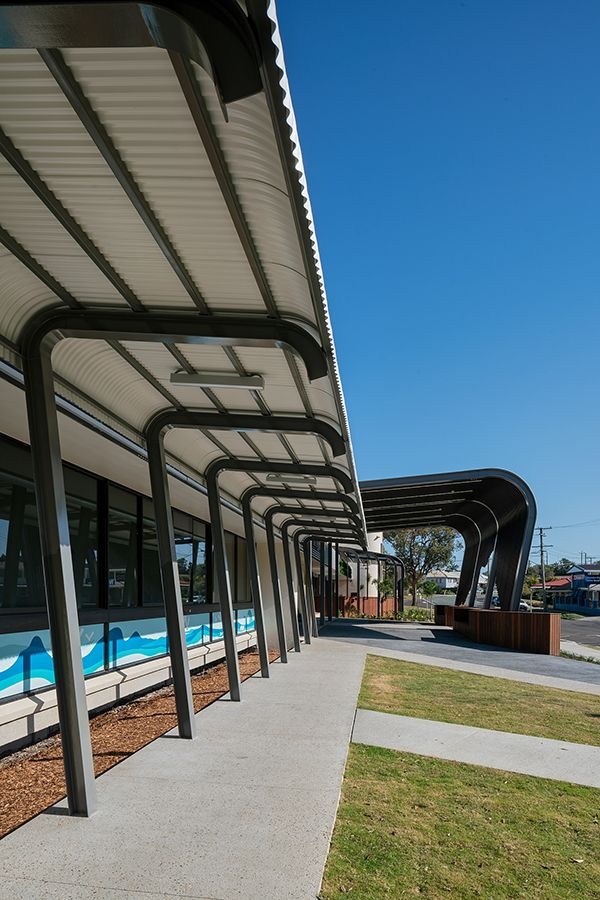 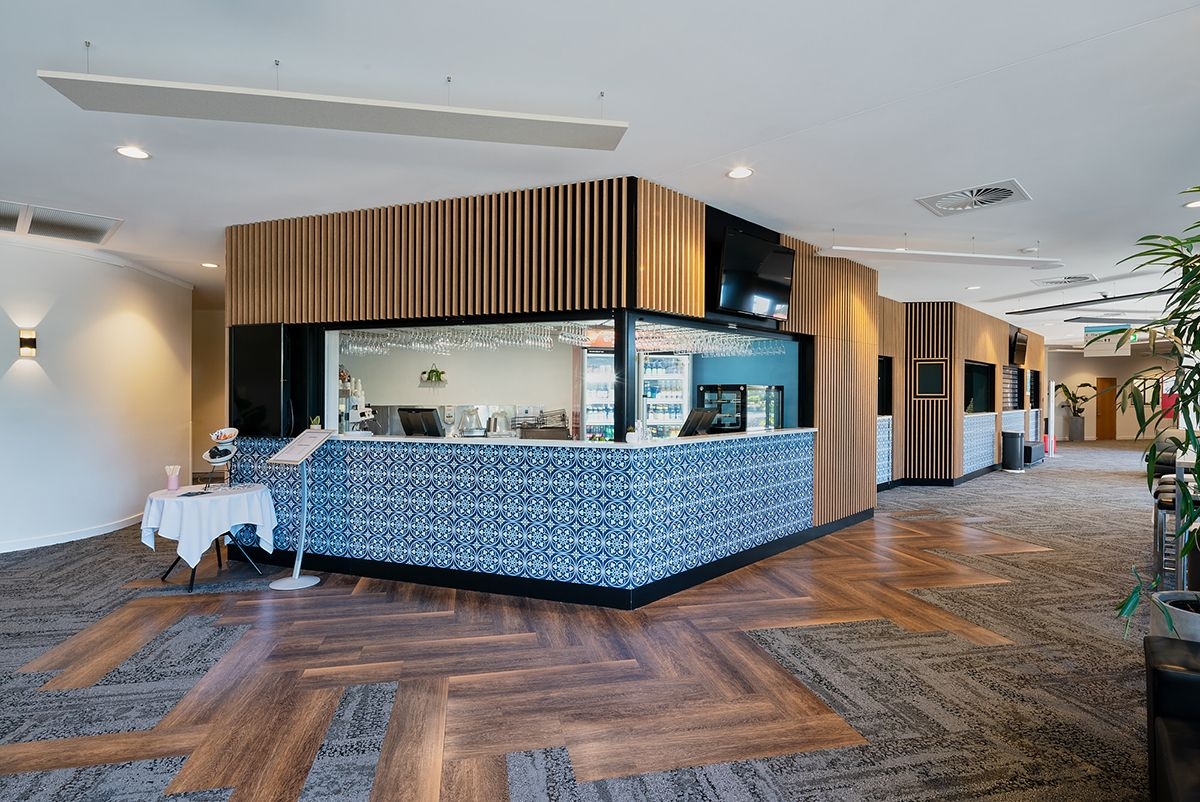 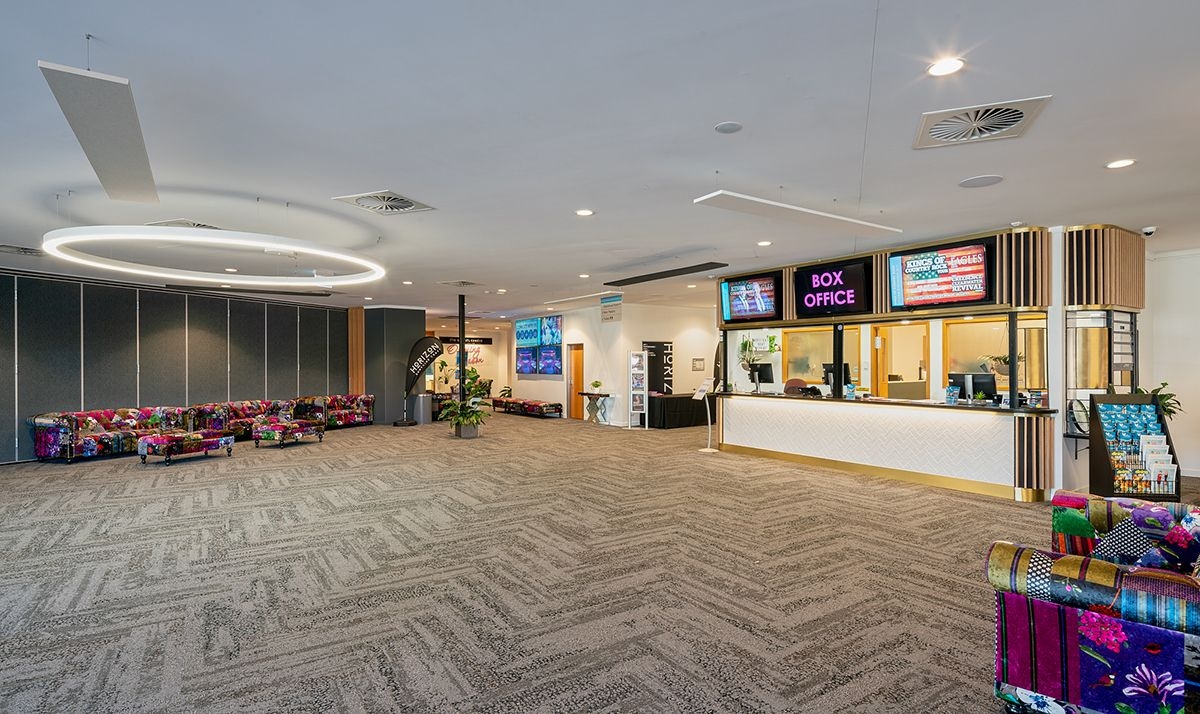 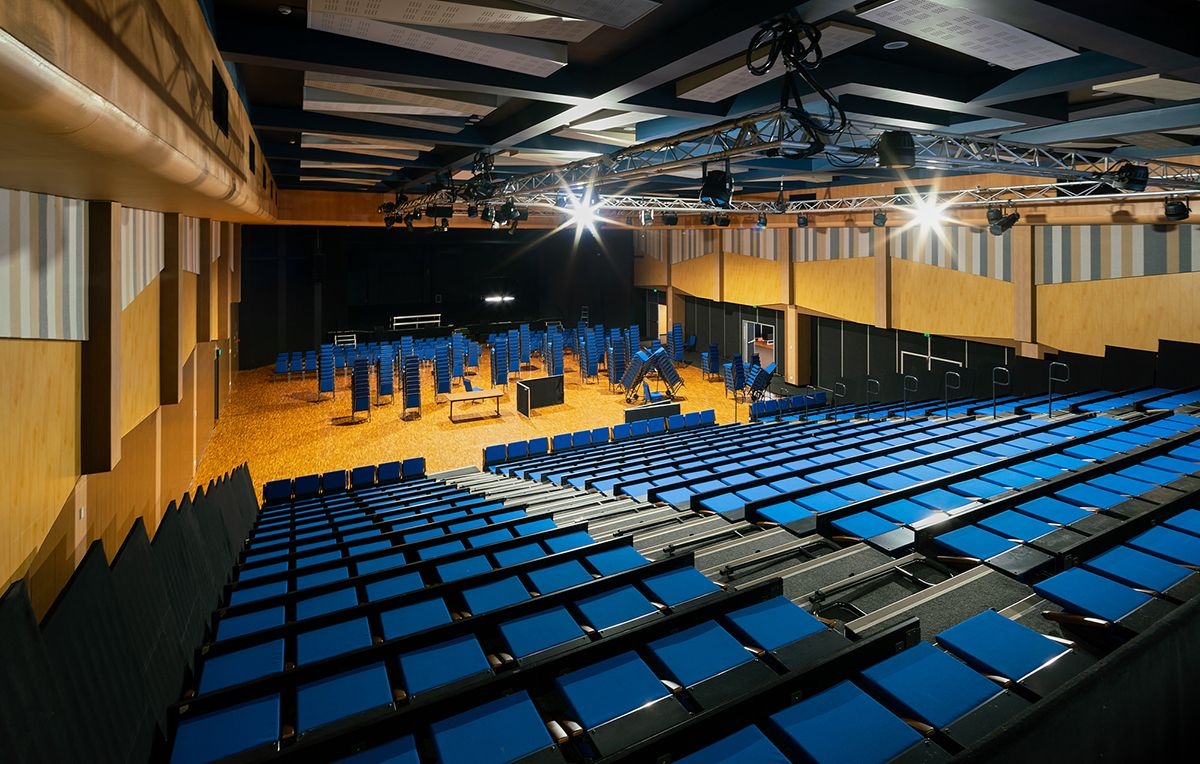 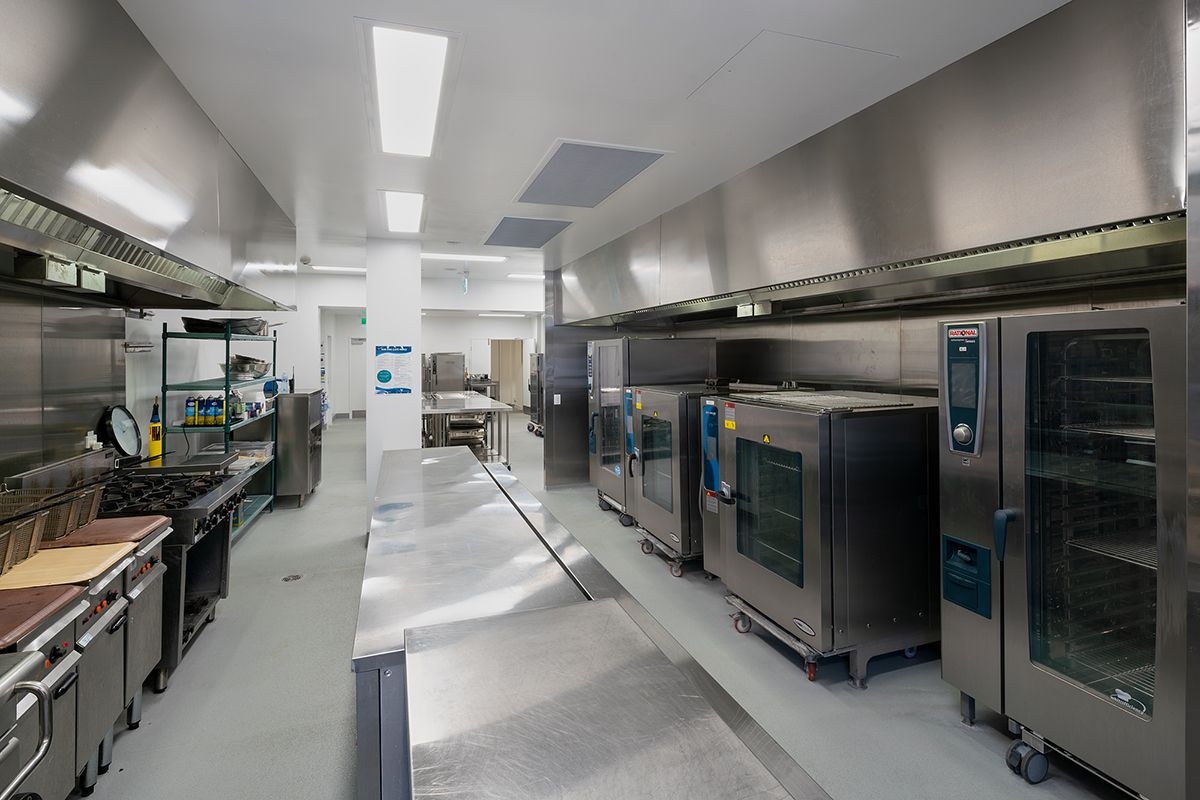